disposable income, they also served the

general population with articles for everyday living. These examples are but a few of the contributions made by the city’s less-visible but still essential citizens. Although they are often lost to the history books, it has become more possible to reconstruct who these residents were and what they were doing in part by knowing where they were located.

During the 1790s, Philadelphia was the political, economic, and intellectual center of the nascent United States. The exploits of the city’s most famous denizens—Benjamin Franklin, George

Washington, and the like—fill both general history books and academic texts. However, the lesser-known and sometimes completely anonymous inhabitants of America’s first capital were equally responsible for Philadelphia’s standing as a world-class metropolis, the “Athens of America,” by some accounts. Those with high social 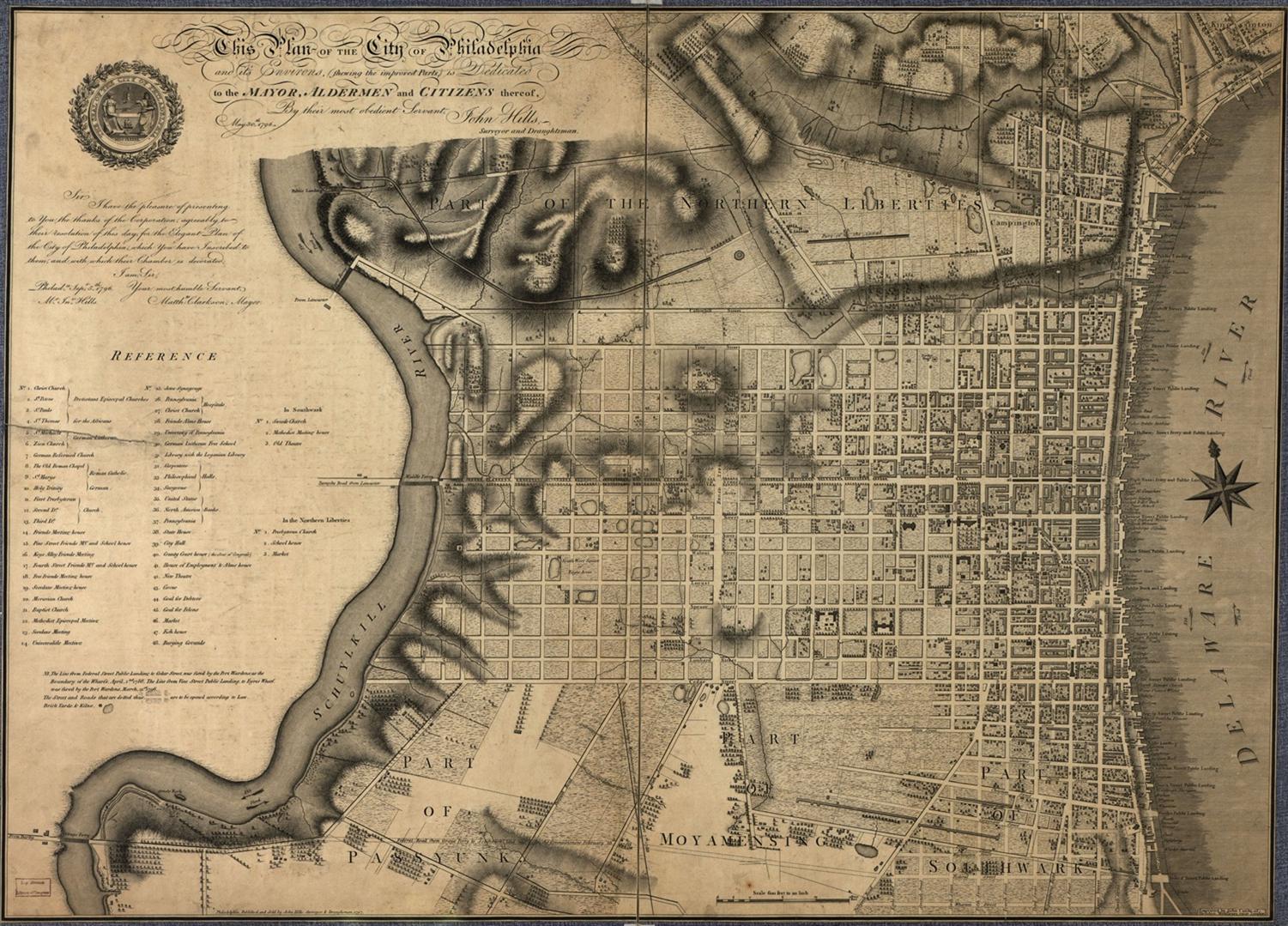 Welcome to Mapping Historic Philadelphia. Over the coming months more maps and information will be added to our website. You can also visit  The Encyclopedia of Greater Philadelphia to learn more about this project.

Map of Philadelphia, 1796 (Library of Congress)

andeconomic standing (and in many cases, public visibility) may receive most of the credit for turning the wheels of government, the economy, and the society. However, laborers, mariners,washerwomen, slaves, servants, bakers,and shopkeepers—who formed over half of the city’s residents—kept the wheels from grinding to a halt. Meanwhile, physicians tended to Philadelphia’s health and also contributed to furthering its education. While artisans made luxury items for those with